There are a lot of new friends this month and fun new additions. Sadly, we can’t show all of them yet…but don’t worry, you’ll be able to see some new, exciting stuff in May via the Wholesome Direct! Snacko will be participating with some juicy new footage and our first ever video appearance with our new art assets! Make sure to tune in May 26th to find out more!

Early in your adventure, you’ll encounter a Land Sprite who can help you while you’re out and about – he’ll also be with you through the main story. Feeding your Sprite different items will help him attune to different elements. We’re working on adding different skills and appearances he can take on depending on what he’s been fed! 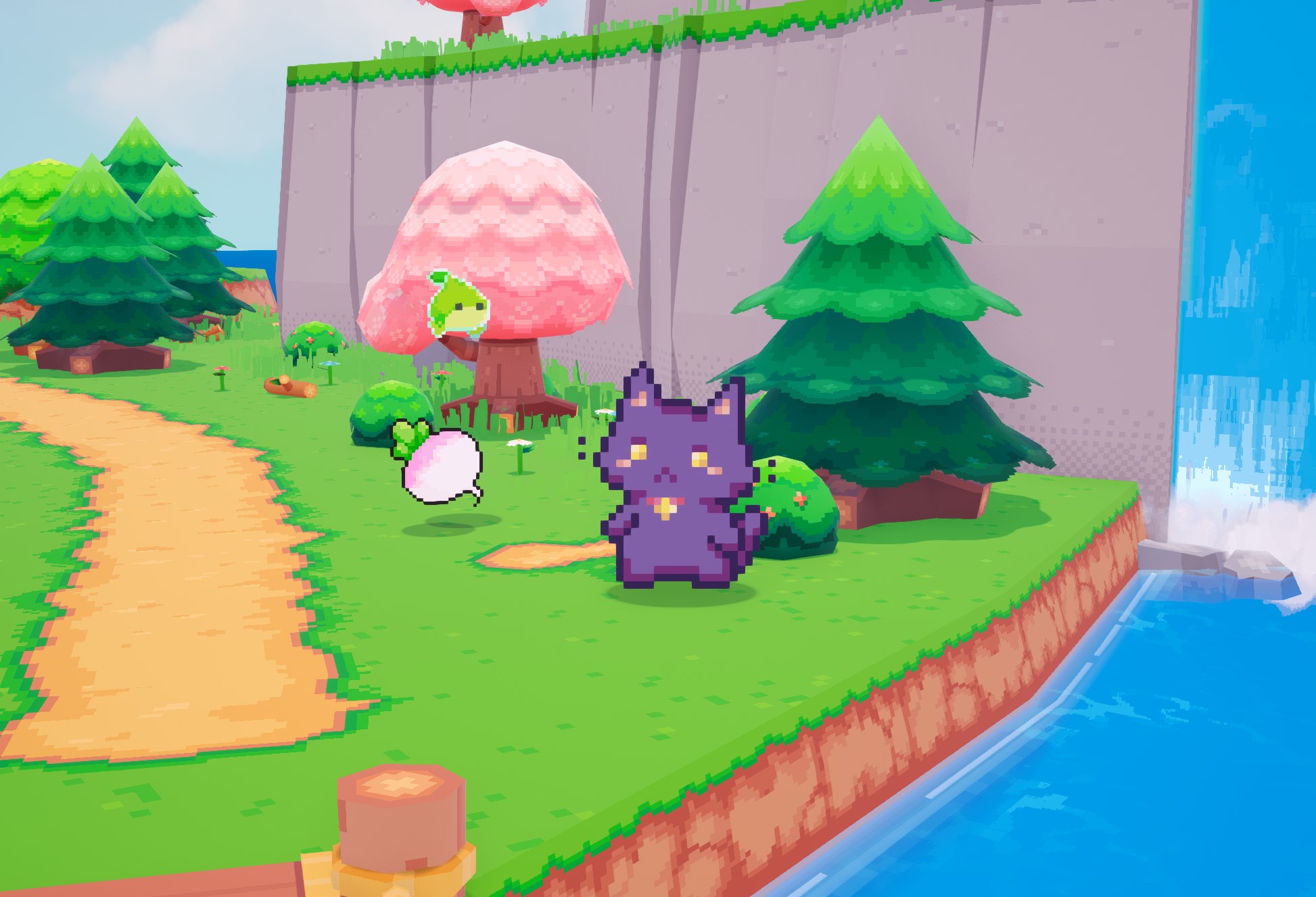 One of the basic skills the Sprite will have at the beginning is fetching items from out of reach for you. It’s very handy when you’re out exploring!

We had fish before, yes, but they were a little scary. We also needed the size adjusted to make it fit better in the world, and the difference in how we wanted the underwater fish to appear was too big to re-use the skeleton and animations we had before. Since we had to remake that anyways, might as well make the fish look better, right?

Overall, they’re much smaller and much brighter. The colors have also been changed a bit from their real-life counterparts to be more distinct. While real fish do have varying degrees of saturation and colors, most of them just look quite…grey. But with specks of color. We decided that’s not very fitting for Snacko’s universe, so we made them really bright. 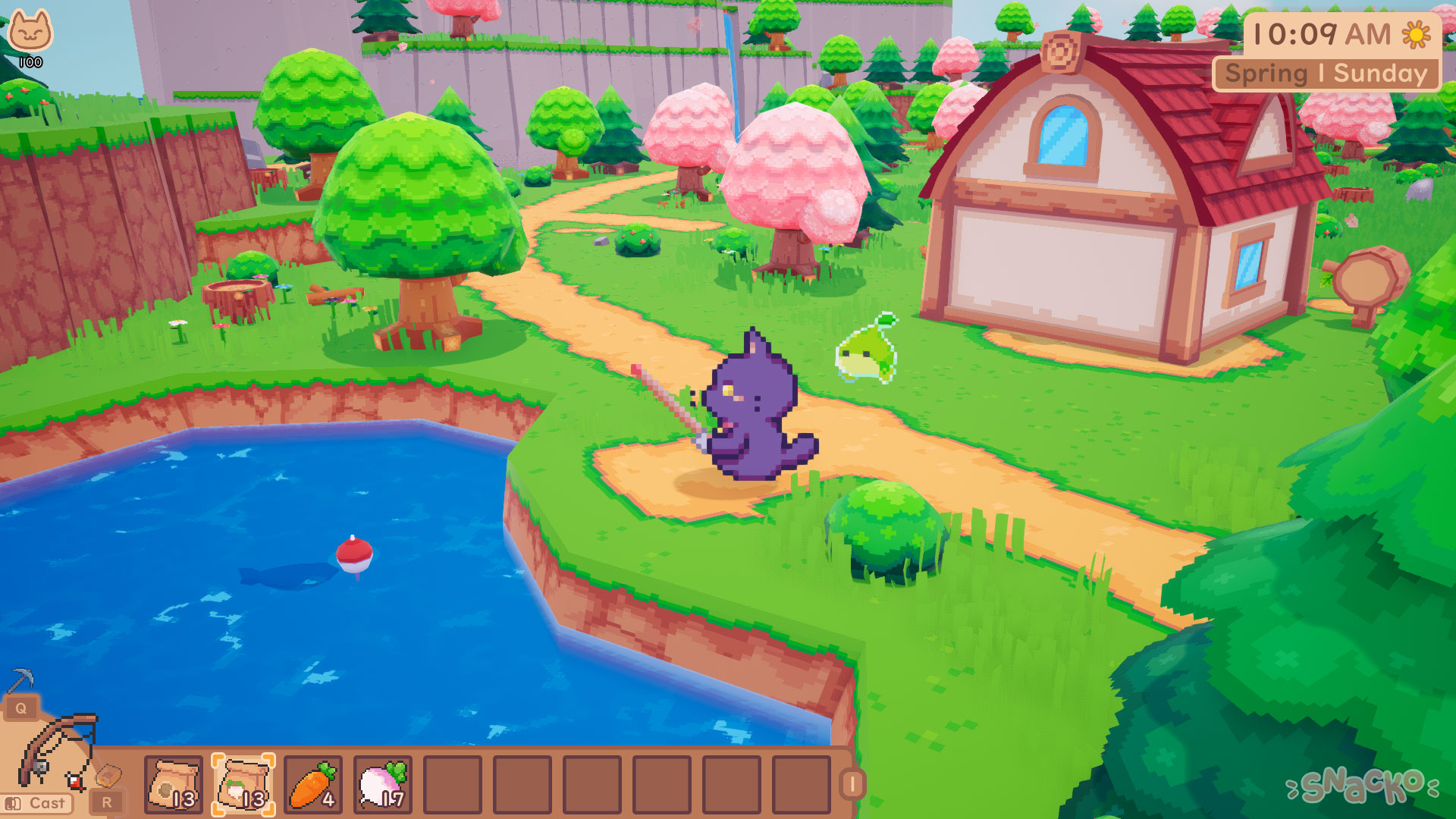 The added bonus of the new underwater fish assets are the visibility – it used to be pretty hard to see the fish underwater, and it could get frustrating. So, we fixed it. What caused this sudden fish rework? The new fishing mini-game! Once a fish bites, the timer will start ticking down – once the ‘!’ becomes all grey, the fish will get away. Once you start reeling in the fish, you have to keep your fishing line within the area. The difficulty will change depending on the fish’s rarity, as well as your fishing skill. 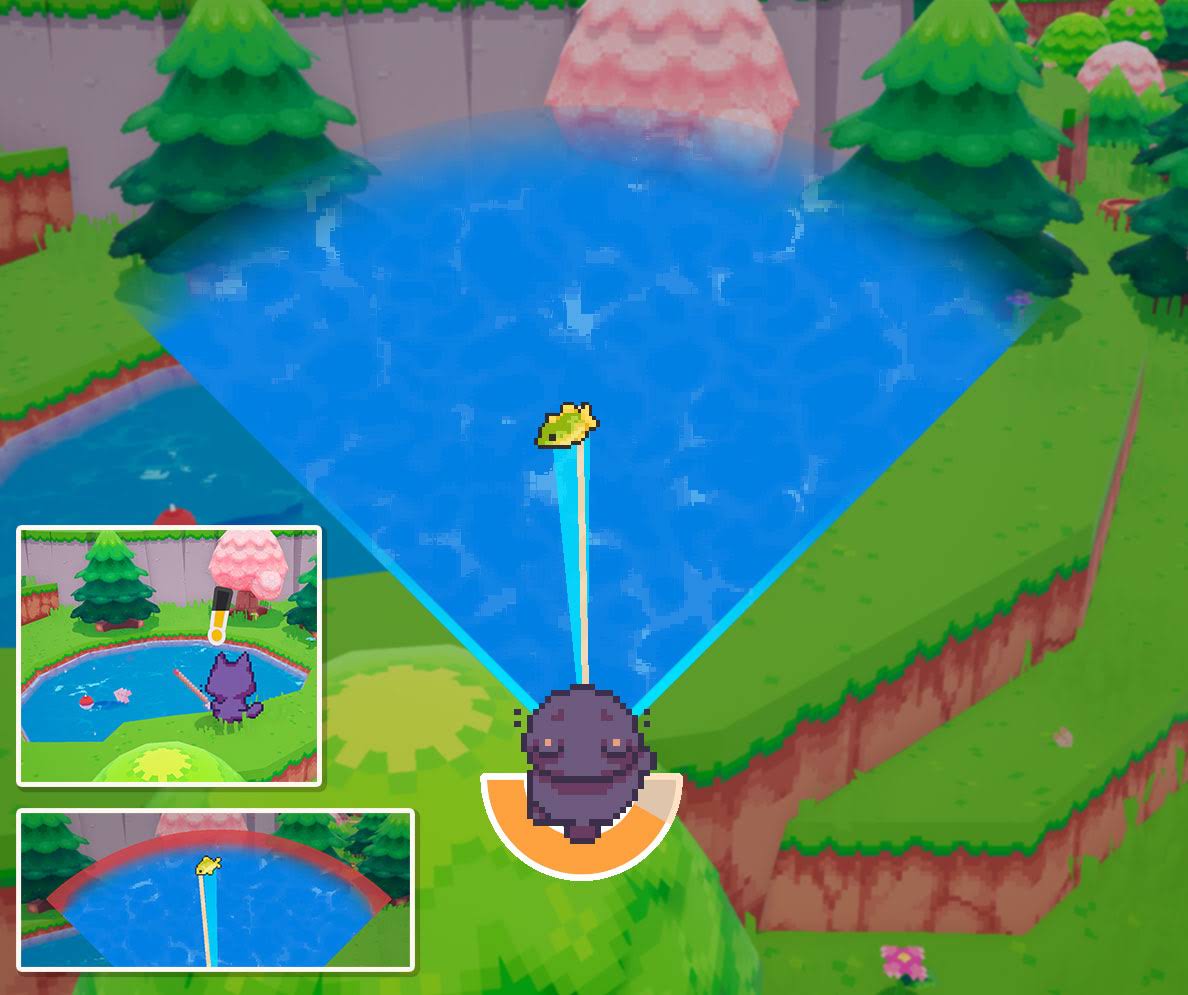 Once the fish is successfully reeled all the way into the center of the pie, congratulations – you’ve caught yourself a fish!

We’ve reworked the skill and status page to be more consistent with the future status pages of other elements in the game. It’s clearer and easier to navigate now, with little bits of information to help you understand each skill. 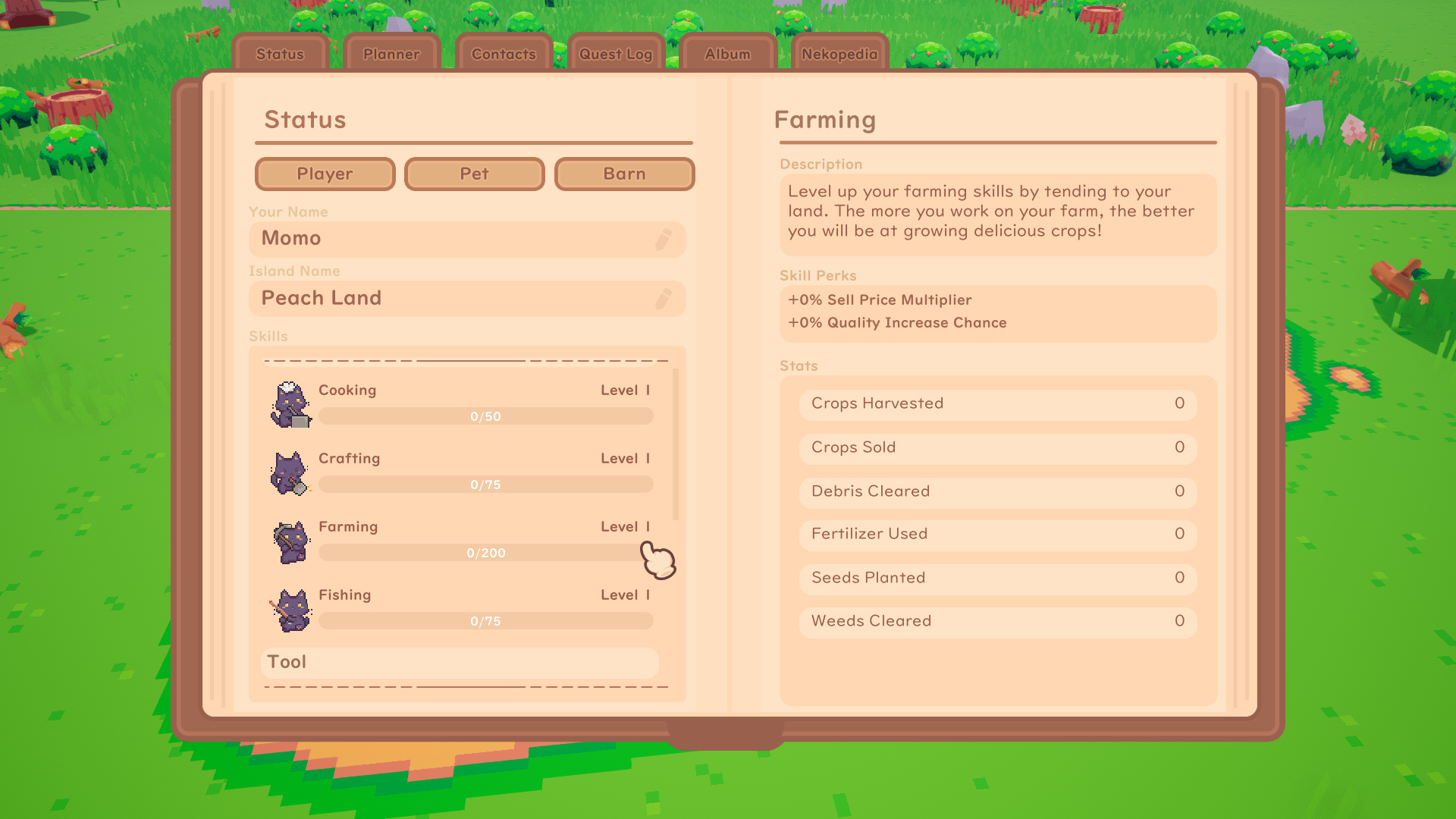 This is also where you’ll be able to rename the island and yourself. We know the pains of starting a game with one nickname and regretting it a couple of hours later!

We have some new villagers coming soon: a fluffy white bunny Lan, a serious wolf Triov, and a nervous goat Frits! 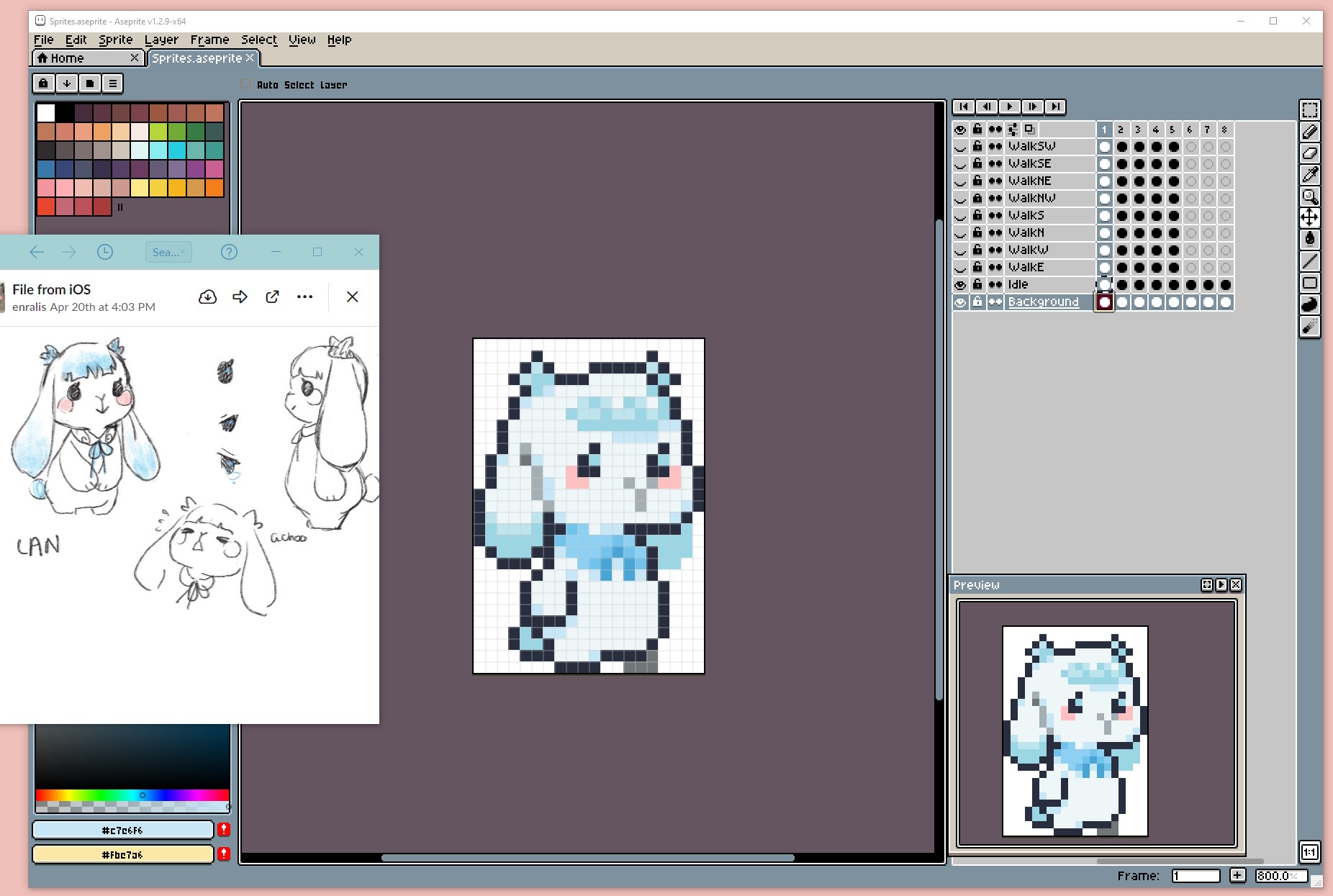 We wanted to start adding more variety to the roster of potential island inhabitants outside of just cats and…one bird. As much as we love Mack, we needed more than just 3 villagers to build up a town! We hope you’ll enjoy meeting each one of them and getting to know them all! 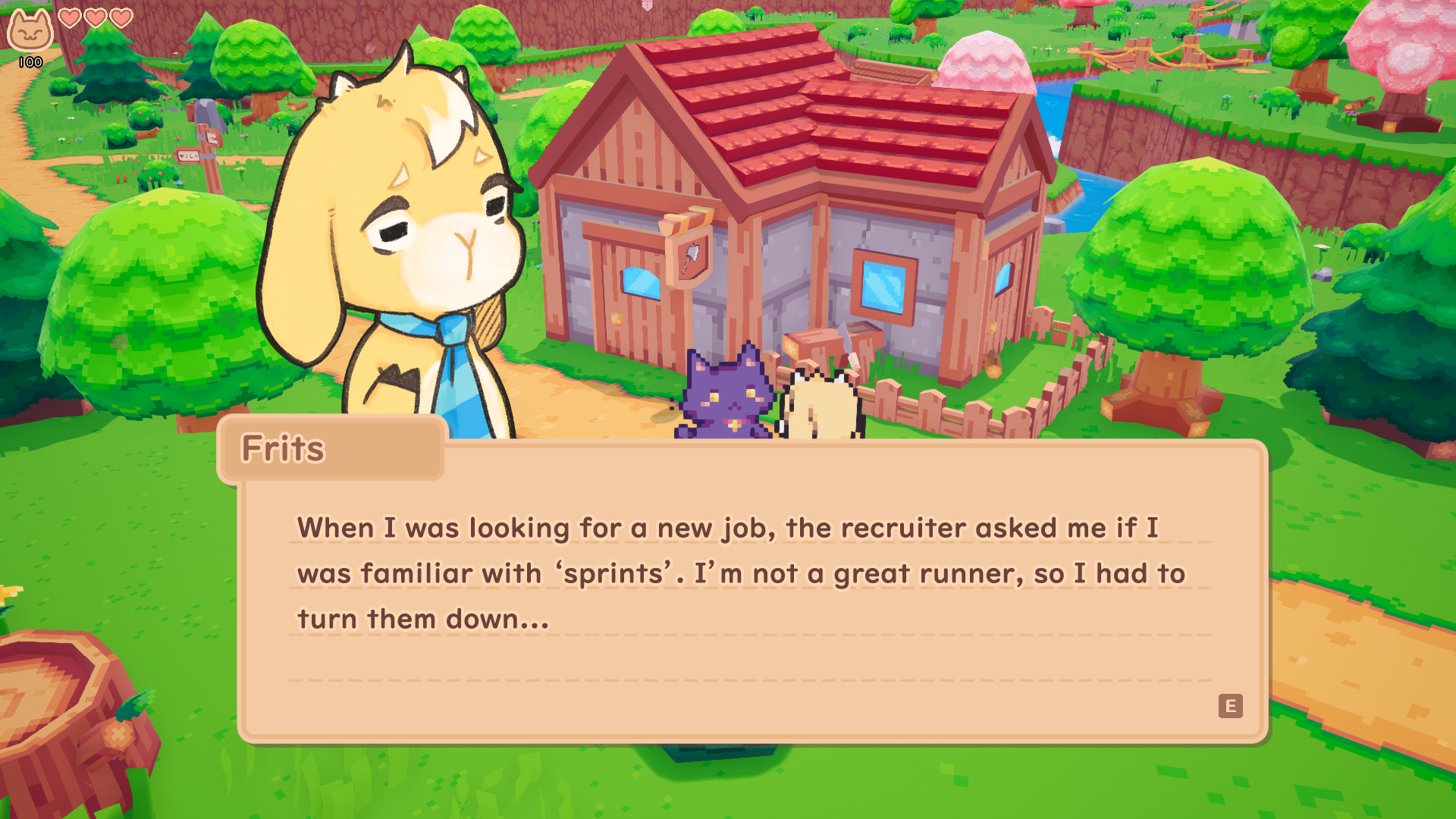 For now, we’ll just give you a little background on Frits: the stress of his office job really got to him. It spurred him to decide to move to the island and open up his own diner. He has a lot of fond memories having snacks and drinks after work with his friends, so he’d like to recreate that here. Although he no longer needs to wear a tie, it brings him comfort…so he keeps it on. Poor Frits.

That’s all for this month! We hope you are hanging in there with the pandemic. This month, we opened up our Patreon posts to all – so if you haven’t checked them out yet, you can go through April’s mini-devlogs for some extra reading.

Thank you to all our patrons this month for sticking with us even during these hard times – we really appreciate it!

We’ll see everyone next month 🐾 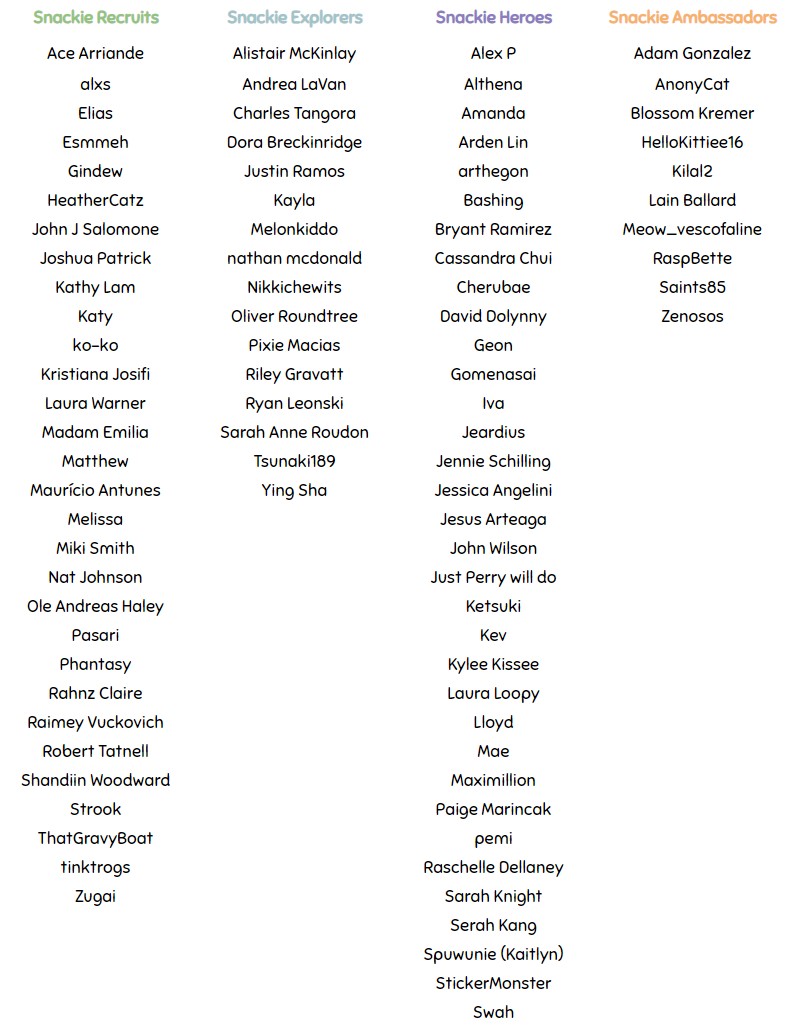